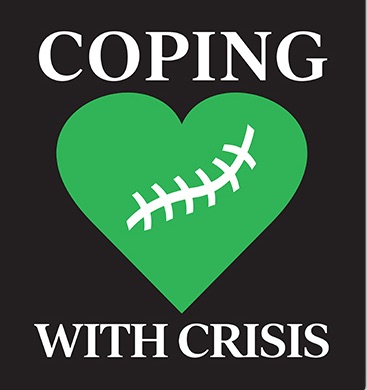 A diversionary tactic is a powerful tool to distract attention. It’s often used to derail or silence an issue rather than address it.

As I listened to President Donald Trump’s remarks following the weekend of murders in El Paso and Dayton, I heard a destructive and damaging diversion, with the President stating mental illness “pulls the trigger,” and referring to “mentally ill monsters.”

The President’s statements do two things. The first is to pull us from the serious conversations we need to have about mass shootings in America – there have already been 253 this year. Both our relationship with guns and the rise of hate speech (and action) are topics Americans must confront if we want to have more birthdays and graduations, and fewer vigils and memorials.

The second thing the President’s remarks do is to create a damaging and stigmatizing cloud over the one in five American adults who experience a mental health condition, including many people all around you right now. A vast, vast, majority of people with mental illness will never harm anyone. Even if we focus specifically on gun violence, statistics show 95-97% of gun violence is NOT caused by mental illness. In fact, people with serious mental illness are more likely to be victims themselves, rather than the other way around.

As we try and make sense from a situation that can’t make sense, it is easy to say, “How would anyone in their right mind do such a thing?” But there are a range of other factors and situations, combined with weaponry, that lead to mass shootings: alienation, radicalization, harboring grievances, feeling victimized, indifference to life. The FBI’s own examination of behavior leading up to shootings between 2000 and 2013 states, “Diagnosed mental illness is not a very specific predictor of violence of any type, let alone targeted violence.” And continues, “In short, declarations that all active shooters must simply be mentally ill are misleading and unhelpful.”

That’s not to say that mental illness has no role. Untreated mental health conditions lead to a whole range of suffering, much of it avoidable if there was better access to behavioral healthcare. High costs, insufficient insurance coverage, limited options, long waits, and social stigma are just a few of the significant barriers facing people who want to help. Better access could help those in danger of committing violence, as well as those who are not.

There is one thing President Trump said that I whole-heartedly agree with, “But there is so much more that we have to do.” There is. Let’s get started.

The Benefits of Profanity

Waiting for the Sun