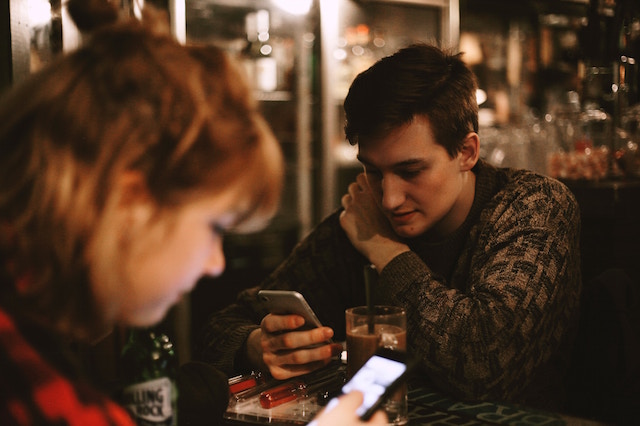 Photo by Jacob Ufkes on Unsplash

The plan was a relaxing weekend at the beach. I had a book I wanted to finish and enjoyed spending time with the characters in the story. I packed my book along with my laptop, iPad, and iPhone. By the time my weekend was over, I never opened my book and had spent a lot of time playing games on all my devices. I had a moment of realization that I was spending a lot of hours on activities that weren’t real and had nothing to show for my time. The challenge for me was clear. What would happen if I gave up video and computer games for 30 days?

Since it was my challenge, I defined the rules. I would keep a game called Qwirkle because I played with a friend who lives in Issaquah and Qwirkle is how we stay connected. My friend is someone I know IRL (in real life). I was also keeping Fitbit. Many people might not consider Fitbit a game, but the makers have gamified fitness and reaching the goals gives a little dopamine drop that feels pretty good. All the other games were gone. Some of my games included The New York Times Daily Mini-Crossword, Pokémon Go, Lumosity and another app that is supposed to make you smart, Duolingo, Inside Out, Facebook, Twitter and possible eight to ten other games that distracted and entertained me on a regular basis.

Wait you say. Facebook isn’t a game. Twitter isn’t a game. They are social media sites. I would beg to differ. Facebook and Twitter are large multi-player games where the object is to collect as many friends or followers as possible and gather like, shares, comments, and retweets. It was time for them to go.

Within a couple of weeks, my time spent practicing the piano had doubled, and I began learning songs within weeks rather than months. My productivity increased in general which freed up more time. My focus improved, but not until I was about 30 days off most of the games. I began to notice how often I interrupted myself rather than letting my phone interrupt me. My phone had taught me to focus for 45 seconds at a time before beckoning me to pay attention to it. Without my phone calling me, I had learned to interrupt myself. That eventually ended and my focus increased which also increased my productivity and freed up my time.

After about 90 days of giving up games, I noticed an improvement in my sleep. I had fewer wake ups in the middle of the night. A more restful night’s sleep helped with my focus, mood and getting things done.

I began to notice how often people were on their phones while eating dinner out or waiting for the bus or any downtime. My quiet moments of doing nothing began to increase. My reading for pleasure increased.

Giving up Facebook and Twitter leveled out my mood as current events and bad news were no longer bombarding my newsfeed. Just to keep it honest here, I haven’t been on Twitter since June 23rd. After the first 30 days of no Facebook, I confess to having checked in a few times. I made my password very difficult and didn’t let it remain in my keychain on my laptop, so logging in was a pain. I’ve probably spent a total of 30 minutes on the site since giving it up. The main pull of checking in has been emails from Facebook telling me a friend had tagged me in their post. I would check for responses. After over 90 days of no Facebook, the site doesn’t hold the same interest for me.

Am I against games? Not at all. I still play challenges on Fitbit. I’m considering restarting learning Spanish or French on Duolingo. I haven’t needed social media and or other time fillers.

After four-plus months without the games and social media websites, I have gained lots of benefits. Increases in productivity and focus have given me the gift of time. Improved sleep and mood enhance my health and relationships.

You might want to consider a similar challenge. The winnings are huge.

Coping with Crisis – Praying for Safety